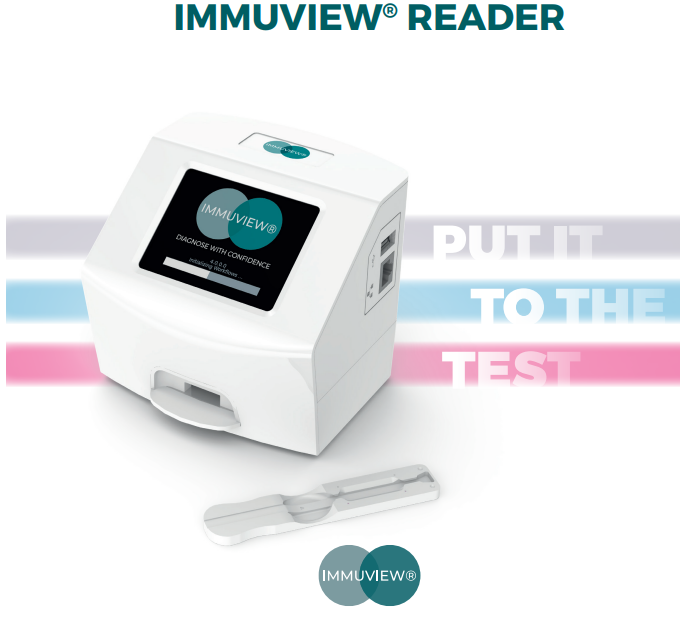 INTRODUCTION
Legionnaires’ disease (LD), caused by Legionella pneumophila represent 2-8% of community-acquired pneumonia with a fatality rate around 10%. Today, urinary antigen tests (UATs) detecting Legionella pneumophila serogroup 1 (Lp sg 1) lipopolysaccharide (LPS) account for 70-80% of LD diagnosis in Europe and United States. These methods, based on immunochromatographic (ICT), immunofluorimetric (IFT) lateral flow assays or enzyme immunoassays (DA) are wildely used in European labs. Many tests are commercialized, with overall sensitivity of 70-90% and specificity >95%. Some works showed different performances when comparing one to another. However, no study has been conducted to compare a large panel of UATs on the same samples .

AIMS
Detection comparison of 9 Legionella pneumophila serogroup 1 (Lpl) LPS subgroups in surcharged urine samples (US) by 16 UATs Cross-reactivity evaluation with Lp sg 2-14 LPS This work is part of a global study, led by ESGLI, aiming to compare the performance of 16 UATs on US in 9 European National Reference Centers for Legionella.

METHOD
LPS were chemically extracted from reference Lpl Pontiac and non-Pontiac strains: Pontiac: Philadelphia, Benidorm, Knoxville and France/Allentown non-Pontiac: OLDA, Oxford, Heysham, Bellingham and Camperdown LPS from Lp2-14 were also purified Fixed amounts of LPS between 0.03 ng/mL and 30 ng/mL for Lp1 and 3, 30 or 3000 ng/mL for Lp2-14 were added to a pool of sterile urine (US) that tested negative with the 16 UATs. The tested concentration were chosen according to published data (1). LPS concentration was defined by 2-keto-3-deoxyoctonate (KDO) determination. They were assessed in one run or triplicates Tested UATs are listed on Table 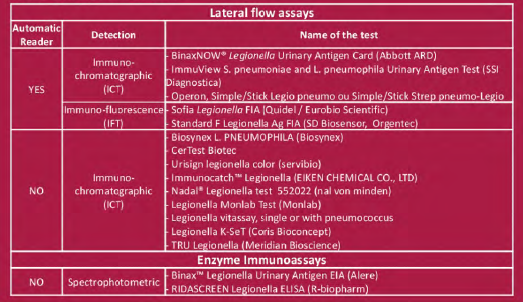 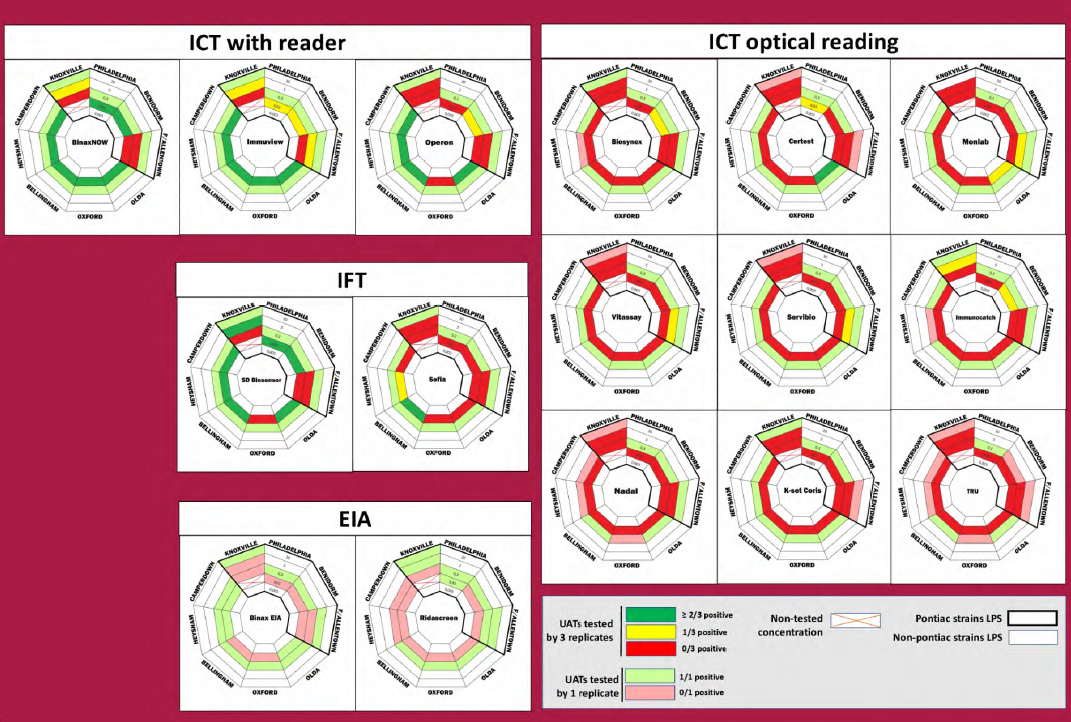 CONCLUSIONS
This study describes an easy method based on extracted LPS to compare UATs. ICTs with a reader were more sensitive, with the best sensitivity obtained for ICT with reader and one IFT. The two ELISA kits didn’t provide a gain of sensitivity. Non-Pontiac LPS are globally detected at lower concentration than Pontiac LPS. Only 4 Lp2-14 LPS were detected at a concentration 100 times higher than Lpl subgroups.

However, our results do not reflect the real LPS concentration in clinical US. That limitation should be acknowledged with the comparison of the 15 UATs in LD patients US.