Fluids A, D, and K are used for ensuring the sterility of injectables, non-injectables, liquid products, oils and ointments, antibiotic powders, sterile pathway devices and aerosols. 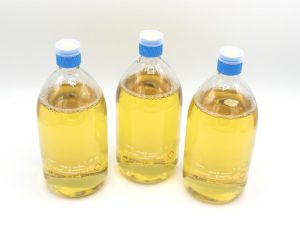 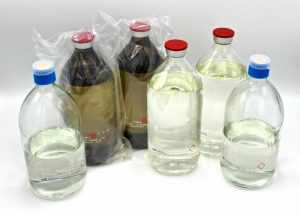 Fluid A is a washing buffer for general usage, compatible with the majority of samples. Fluid A is a liquid used for dissolving or diluting samples without affecting the viability of contaminating microorganisms. Its formula complies with the requirements of the harmonized method in the United States (USP), European (EP) and Japanese (JP) Pharmacopoeias for rising membranes during sterility testing by filtration. Fluid A is also available as gamma-irradiated double bagged products, particularly suitable for use in restricted areas like isolators and clean rooms.

Fluid D has the same formulation of Fluid A with the addition of Tween 80, is used in validation tests for bacteriostasis and fungistasis in articles containing lecithin, oil or a preservative, usually in the method controls of medical devices washing.

Fluid K is suitable for testing samples containing petrolatum, vaseline or oil solutions. It is commonly used for washing the production lines of medical devices and for samples difficult to filter or dissolve.

Fluid Thioglycollate Medium is a general purpose liquid enrichment medium used for sterility control of pharmaceutical products and for cultivation and isolation of fastidious anaerobic and aerobic microorganisms.

The composition is in accordance with the requirements of the Harmonized US, European and Japanese Pharmacopoeia as well as with ISO 7937 for isolation of Clostridium perfringens.